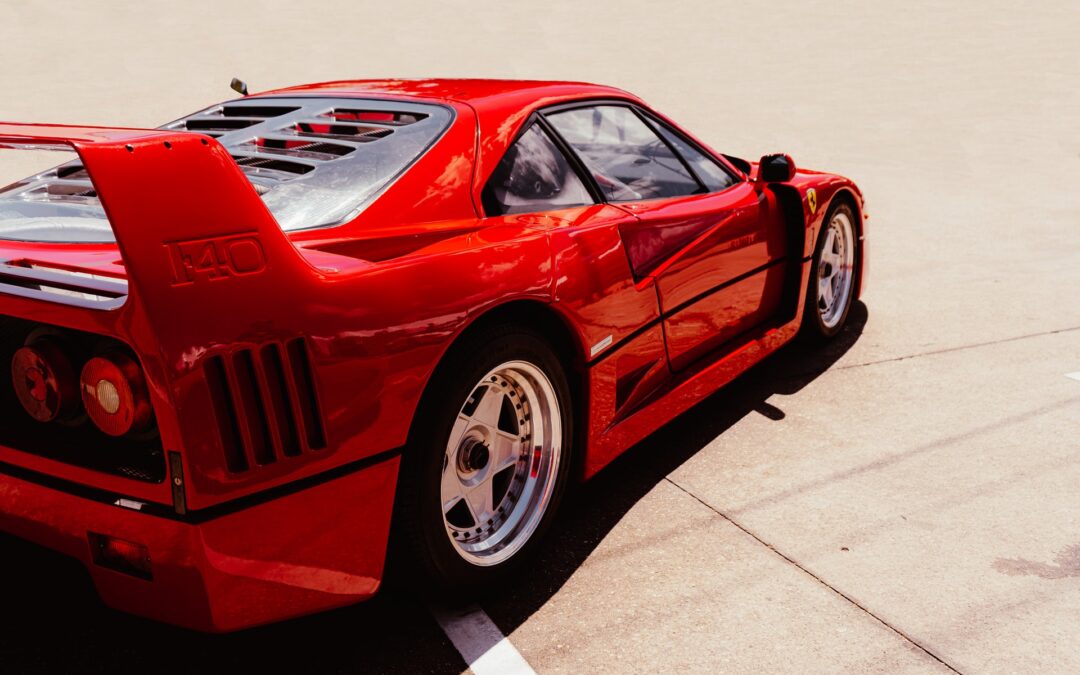 Over the last century, we’ve seen many distinct design trends and vehicle specializations as various countries leaped into the car manufacturing industry. Even in the midst of heavy competition, Italy produced some of the most popular vehicles throughout the 1950s up to the 2000s.

Today, let’s take a look at the nine best Italian cars ever manufactured.

Instead, it leveraged aluminum for its frame and chassis, enabling faster speed, better performance, and a slick look that many would argue still hasn’t been beaten today. On top of that, the Giulia Sprint GTA was well known for its 1.6-liter engine, which included a twin-plug head for added performance.

All in all, this little car blended power and sporty style in equal measure — making it a major favorite several decades ago!

The Lancia Lambda is a 1920s vehicle that got tons of attention in the car industry when it was first released. Running on an early version of the Lancia V4 engine, this car was most notable for its unitary stressed body plus its independent front suspension.

At the time, this was a pioneering setup that enabled the Lambda to provide a comfortable, smooth ride to drivers no matter where they took their cars.

In more ways than one, the Lancia Lambda was decades ahead of the competition. For example, many sports racing cars didn’t have unitary stressed bodies until the 1960s.

The Ferrari F40 is one of the best cars ever made, full stop. But it’s also among the best Italian cars ever manufactured. That’s because of its high speed, low weight, and intuitive setup — enabling lots of car fans to tinker with their Ferrari F40s for years.

The Fiat 500 was and is one of the most popular offerings from an Italian car brand, including its original models that were first released decades ago. Today, the modern Fiat 500 has the same 500 body that fans know and love, yet it is mounted on a Panda platform for improved stability and performance.

Available in a wide range of colors, this small and maneuverable car is equally great for rushing down the freeway and maneuvering through Europe’s crowded streets.

Enzo Ferrari created plenty of high-performance road cars in his day, including the 458 Speciale. This particular vehicle has a special place in the hearts of many Italian car aficionados. Some even call it the best Italian car ever produced and the pinnacle of Italian design.

There are lots of reasons for this, such as its 4.5-liter, 600-PS, 441-kW V8 engine, capable of revving all the way up to 9000 RPM. Its dual-clutch transmission, in-depth and sophisticated electronics system, and inbuilt soundtrack don’t hurt, either.

This one-of-a-kind car is still being produced in modern variants today, so it’s among the best luxury sports cars you can purchase without having to visit an antique car show.

The Maserati Bora was first engineered in 1969 and beat the Audi R8 and Honda NSX as a usable and readily available supercar. This well-engineered vehicle expertly combined sophisticated design elements, practical maneuverability, and passenger comfort in equal measure.

Of course, other elements made it a fan favorite and have kept it popular to this day, including a V8 engine, sleek wedge aesthetics on the frame, and more. The car also features an adjustable steering rack, adjustable pedals, electric windows (then a major innovation), and a reasonably effective soundproofing system to let passengers blast their tunes as loud as they want.

All in all, the Bora, unfortunately, sold just under 600 units — a major surprise given the vehicle’s phenomenal features and top-tier design.

One can’t forget the Pagani Zonda, a 1999 release that was originally thought of as somewhat excessive and extravagant. However, the Zonda quickly earned the title of one of the best Italian supercars ever manufactured.

It drew the attention of buyers because of not only its shape and aesthetic but also its speed. Reliable, easy to drive, and benefiting from a maximally-attractive chassis design, the Zonda had a Mercedes-AMG V12 engine: a machine capable of providing tons of torque and responsive steering.

Add to that a roomy cabin for driver and passenger, and it’s easy to see why this car is still listed among Italy’s best years later.

Fiat showed that it wanted to rule the sportscar industry in 1952 when it released the Fiat 8V: a monumentally popular Italian car through and through. The name was a clever spin on the Ford V8 engine, which was believed to be copyrighted by Ford at the time.

The 8V served as an initial test run vehicle for other popular cars constructed shortly afterward. Manufacturers like Zagato, Vignale, and Gia all constructed their own 8Vs with custom chassis and bodywork styles. While the 8V may never have been the fastest Italian car, it was certainly one of the most popular.

Due to its smart design elements and affordability, the Fiat Panda was one of the best Italian cars ever made. Constructed with elements borrowed from the popular 500 and 126 body styles, the Panda was an economical vehicle from its original release in 1980 up until 2003, when a next-generation model took its place.

Featuring comfort, lots of storage room, and easy maneuverability, the Panda showed that Italian drivers could get around in style without having to break the bank. Of course, many Americans and Europeans also found this to be true when Pandas first started showing up in car dealership lots throughout the 1980s.

We’d be remiss if we didn’t mention a few of Europe’s best cars that narrowly missed ranking on this list. They include:

In truth, there are almost too many top Italian cars to rank in the automotive industry. With their great style, speed, and luxury elements, these vehicles are just plain fun to drive.

It’s easy to see why these Italian cars were so popular back in the day and why many of them are still coveted among car collectors in the modern era. It’s also why many people look to rent luxury or “old-fashioned” vehicles for special occasions, such as weddings or honeymoons.

Fortunately, rental agencies like Advantage Rent-a-Car have all the luxury vehicles you need. We offer diverse rental fleets, including a wide variety of trucks, SUVs, vans — and yes, sports cars and convertibles — to choose from.

When you’re ready to take a classy Italian car for a spin, contact Advantage Rent A Car — we’ll hook you up.